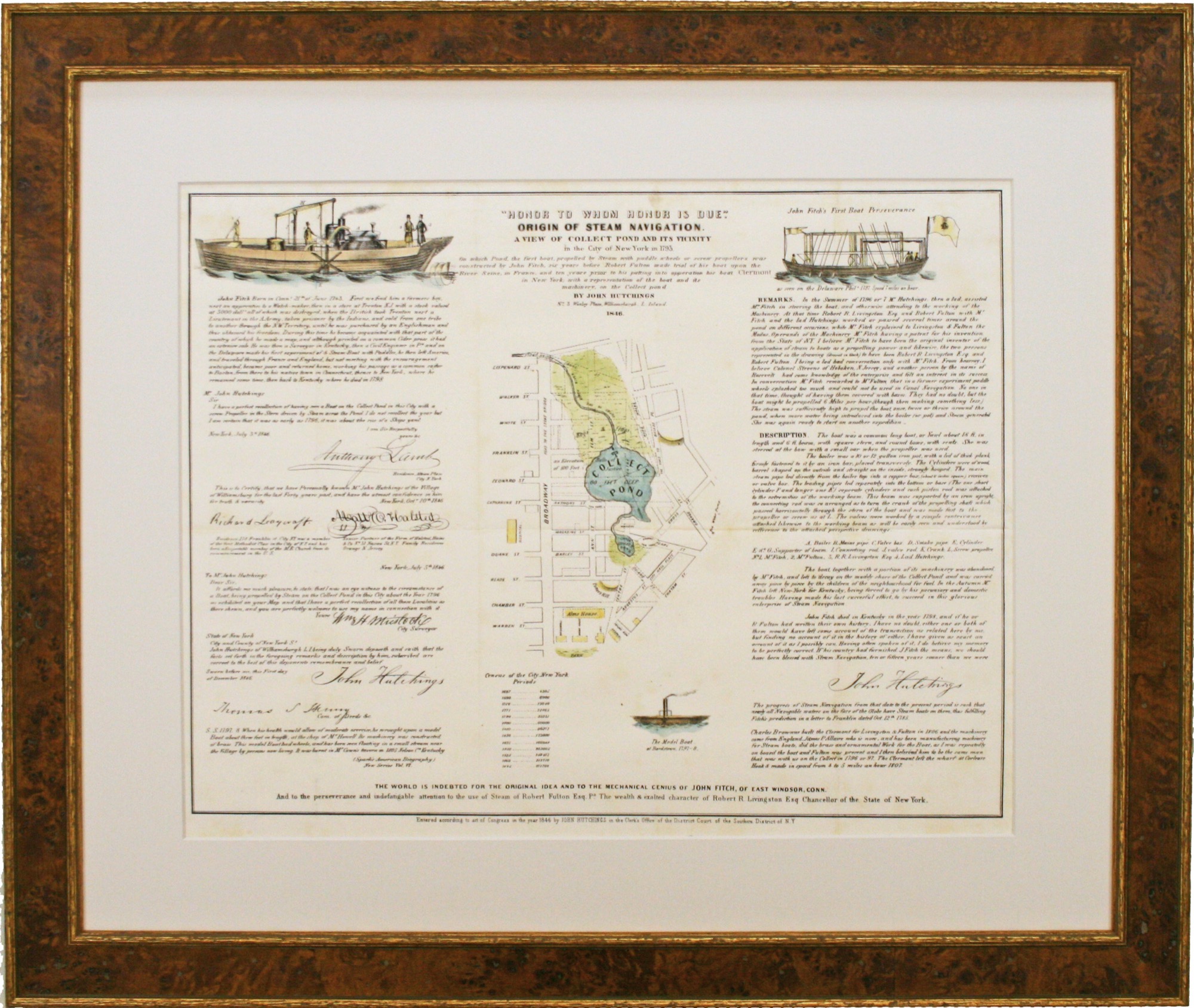 “Honor to Whom Honor is Due” The Origins of Steam Navigation, dated 1846, is an extremely rare broadside issued by John Hutchings to promote the awareness of John Fitch as a pioneer of steam navigation. Fitch was an instrument maker working in the later part of the 18th century. As an early pioneer of steam navigation, Fitch tested several steamboats on the Delaware River between 1785 and 1788. Fitch’s real success, however, occurred a few years later when, in 1793 he tested another ship equipped with a paddle wheel on New York’s Collect Pond, which is featured in the middle of this original antique lithograph. The condition is very good and the framing is done to conservation standards with an attractive burl wood frame. 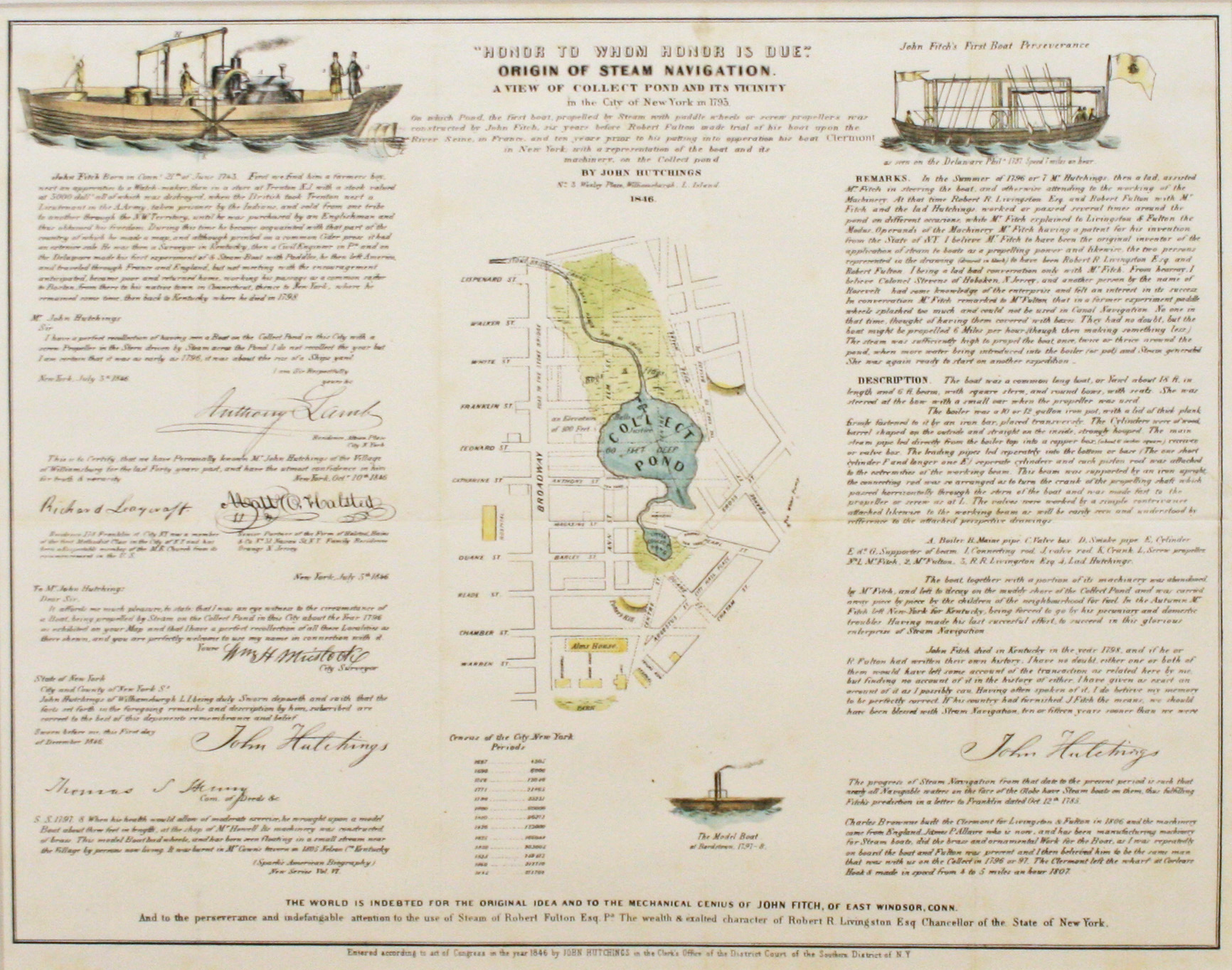