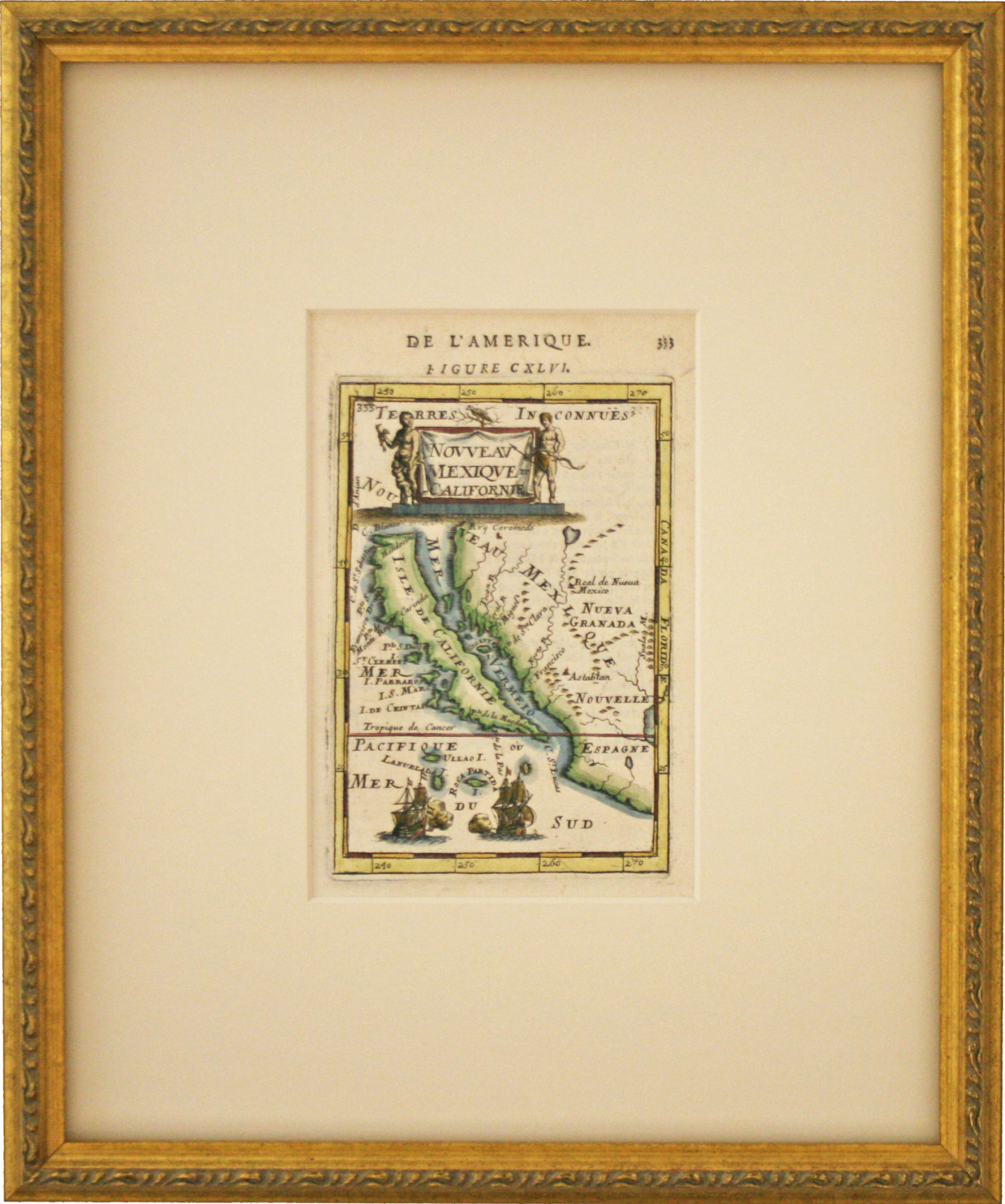 This original map of Nouvelle Mexique et Californie, dated 1683, is by Alain Mallet (1630 – 1706). This map is from the French edition of his Description de L’Univers and shows one of the most famous inaccurancies of mapmaking, California as an Island, and is quite sought after because of the geographical error. This highly detailed map shows several islands in the channel between California and mainland, as well as, depicting California with a flat northern coastline. The Norto R. (Rio Grande) flows from a large interior lake, with Real de Nueva Mexico (Santa Fe) located on its bank, and empties incorrectly into the Gulf of California. The title cartouche is flanked by two native figures and two ships are engaged in battle in the lower part of the map. This map is in good condition. The framing is done to conservation standards with a museum mat and carved gold frame.