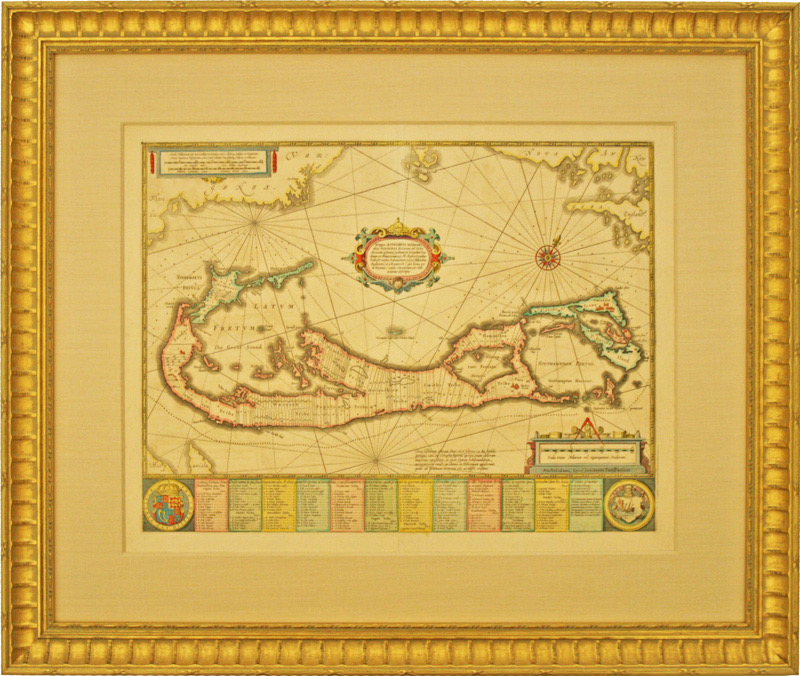 This original map of Mappa Aestivarum Insularum, Alias Barmudas Dictarum, dated 1680, is based on the famous survey by Richard Norwood of the Bermuda Company, also known as the Somers Isles Company, in 1618. This map is from the Atlas Novus and shows the division into the original Tribes, which were a short-lived name for what became administrative parishes, and were names of major shareholders in the company. Also shown are the various landowners, with their names in a table below the map. There are many tiny houses shown on the map, locating settlements, as well as minute cannons marking the defensible points. The map is superimposed over a chart of the Atlantic with the coastlines of Britain, North America and Hispaniola showing the location of Bermuda. Decorated with an exquisite strapwork cartouche, a coat of arms, a medallion and a compass rose. Jansson reissued Hondius’ plate with his imprint between 1647-80. The framing is done to conservation standards with a silk mat and carved gold frame. 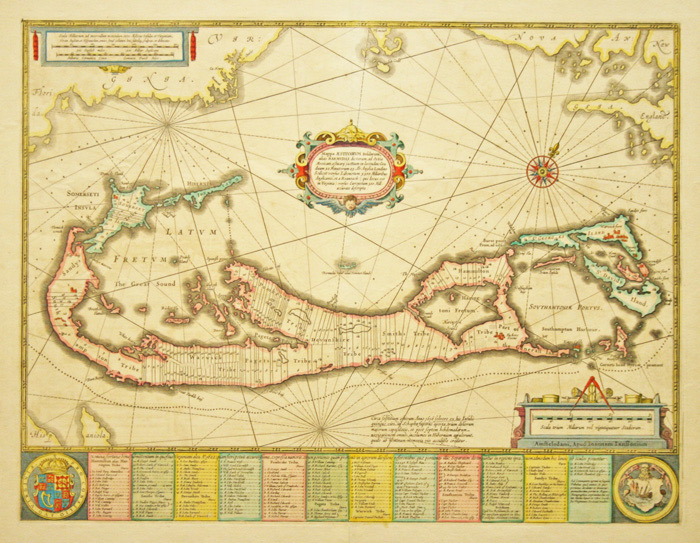