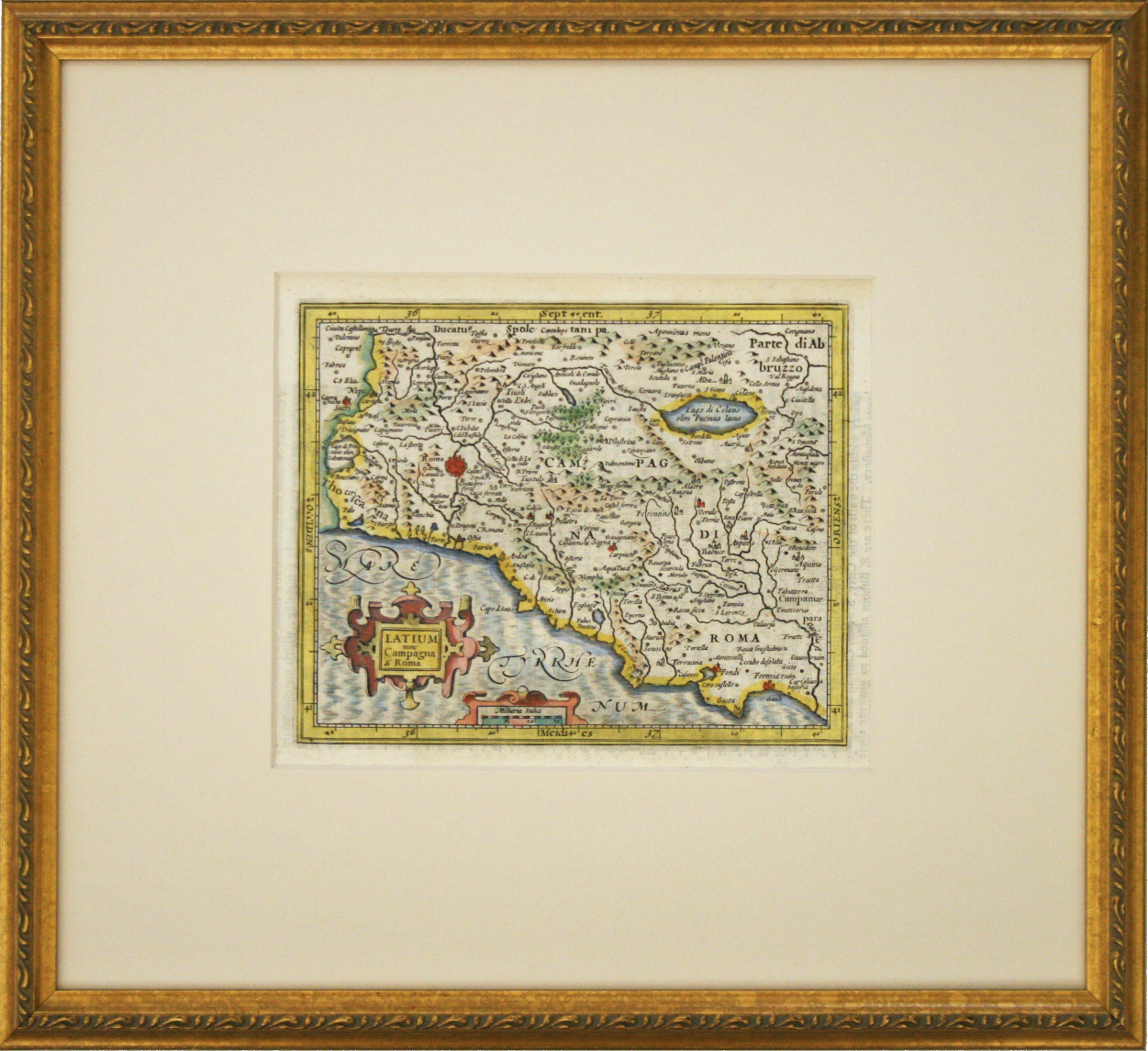 This original map of Latium nunc Campagna di Roma, dated 1635, is by Gerard Mercator (1512 – 1594). This map of the central west coast of Italy is from the English edition of Mercator’s Atlas Minor, which was published under the title Historia Mundi or Mercator’s Atlas by Michael Spark and Samuel Cartwright. The map includes the area surrounding the city of Rome and is adorned with a strapwork title and distance scale cartouches. The forests and mountain ranges of this region are also depicted. The framing is done to conservation standards with a museum mat and carved gold frame. 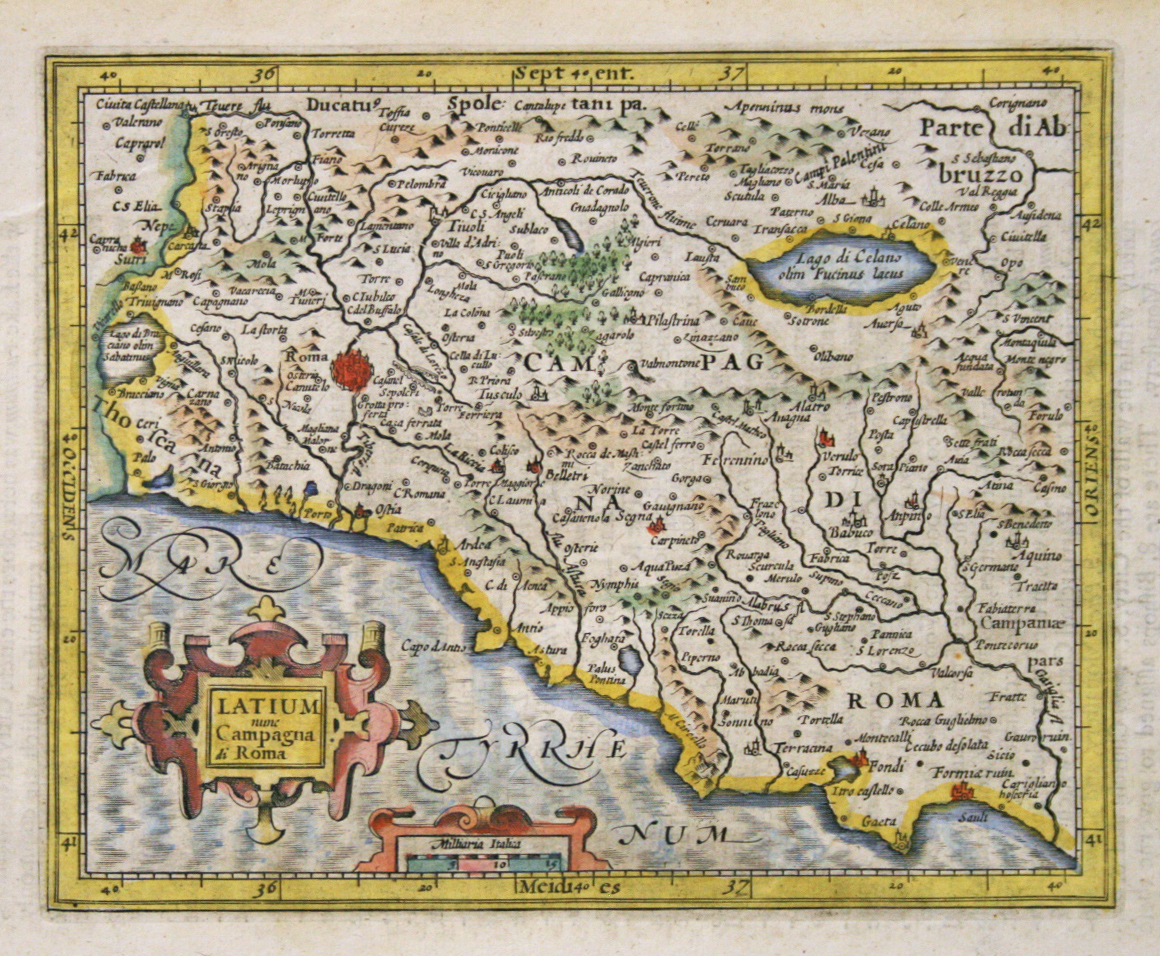 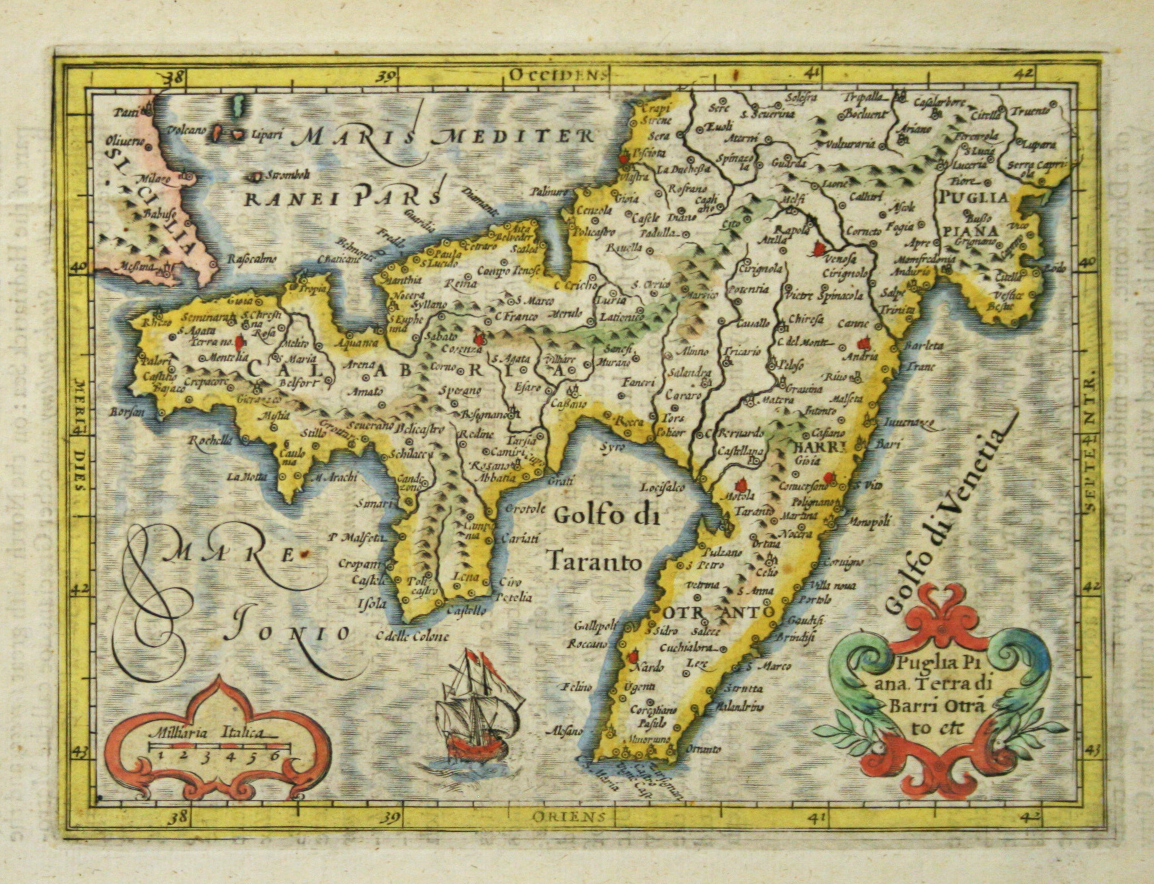