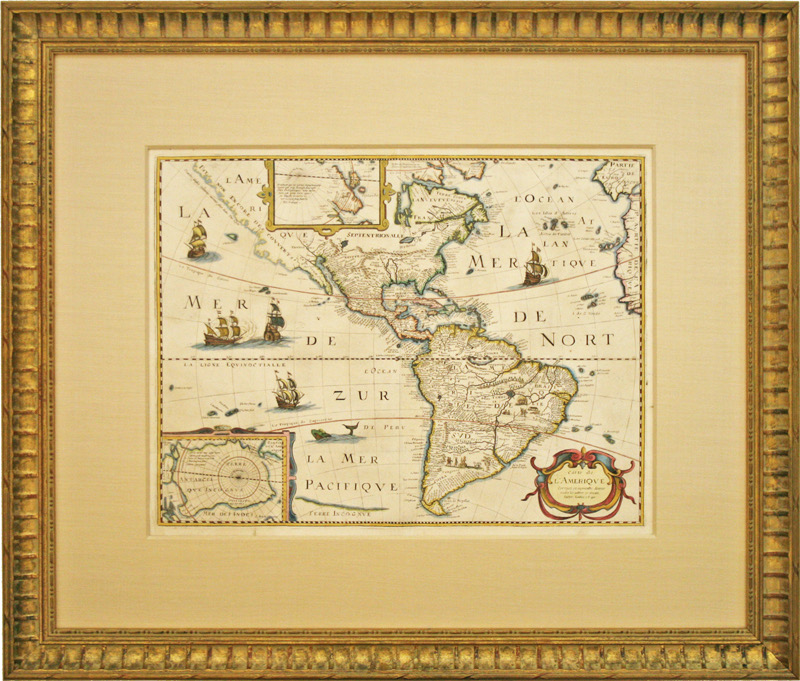 This original antique map Carte de L’Amerique, dated 1640, is a very scarce derivative of Hondius’ influential map of 1618. This map was originally drawn by Petrus Bertius (1565-1629) in 1624 (the first state of which is now extremely rare). This is the second state with an interesting alteration in North America. The entire west coast has been re-engraved above Baja California with the legend Pays Non Encore Descoverts (land not yet discovered). This reflects the then current controversy over whether or not California was an island.

Another improvement over Hondius’ map of 1618 is the completion of the southern coastline of Tierra del Fuego. There is not a lot of detail along the eastern coast in the mid-Atlantic region. In the Southwest the famous seven cities of Cibola appear on the banks of a large spurious lake. In South America, the mythical Parime Lac appears as a large inland sea in Guiana and there are two engraved scenes, one detailing a cannibalistic feast and the other showing a mythical giant of Patagonia. Two stylized insets of the polar regions are enclosed in strapwork cartouches; the North Pole depicts Frobisher’s theory of the Northwest Passage and the South Pole shows the long-held notion of the mythical southern continent. The map is finely ornamented with galleons, sea monsters and a ribbon-draped title cartouche.

This map is in very good condition. The framing is done to conservation standards with an attractive carved gold frame. 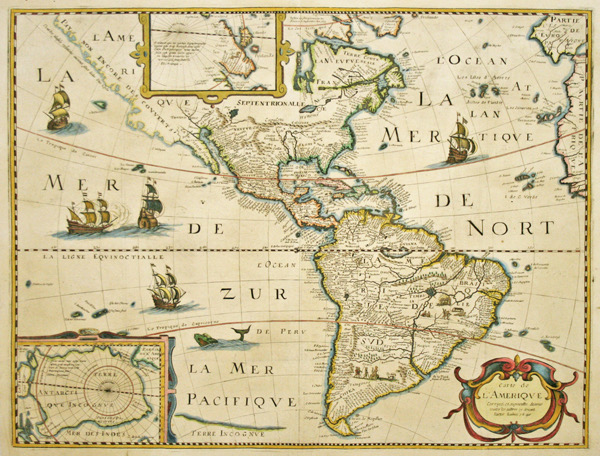