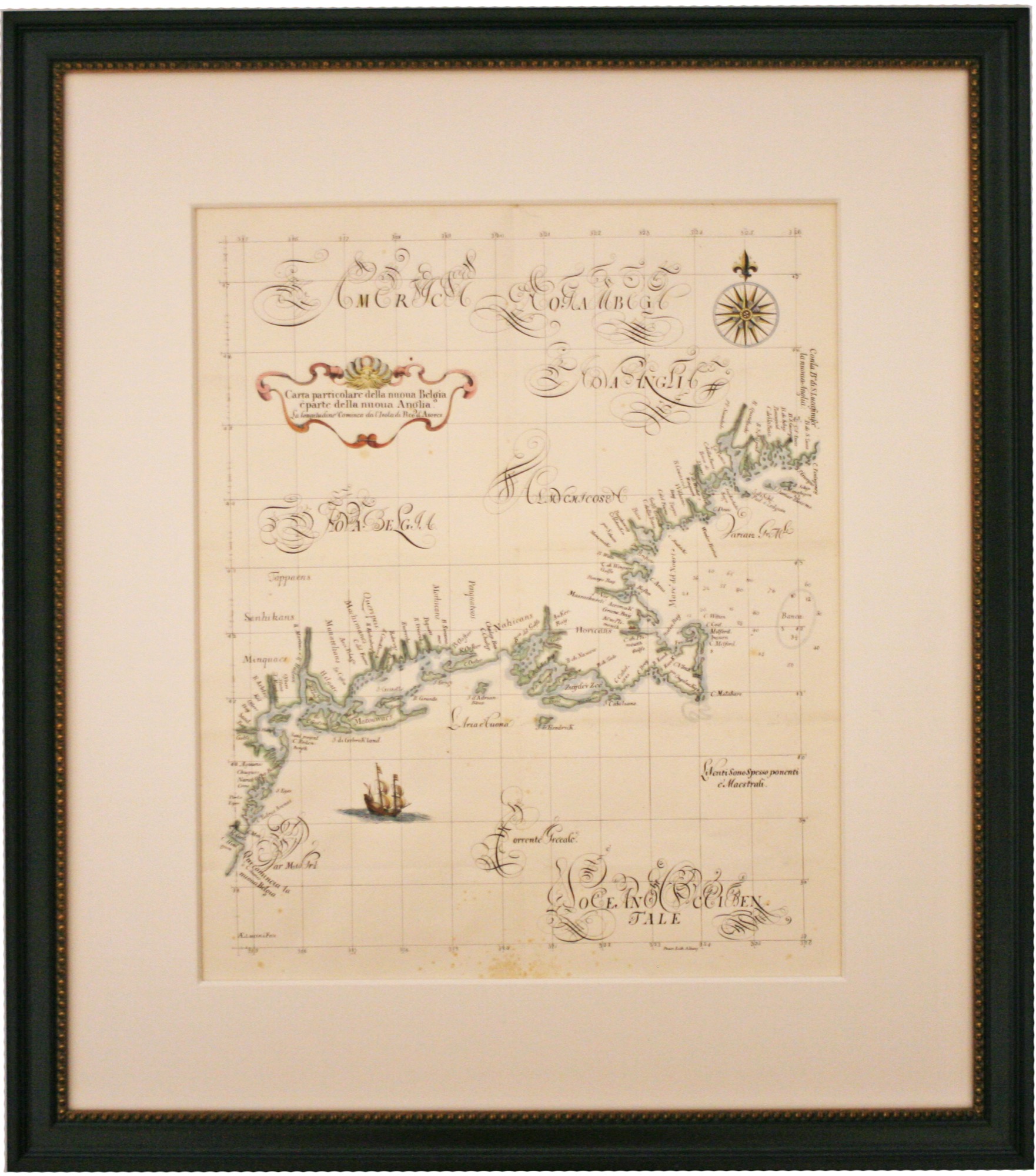 This chart is a reproduction printed in 1850 by Richard L. Pease Lithographer of Carta particolare della nuova Belgia e parte della Anglia, originally published in 1646 by Robert Dudley (1574 – 1649). Robert Dudley was the first Englishman to publish a nautical atlas. He hired the Florentine master Antonio Lucini to engrave the plates for his Arcano del Mare, a task which took twelve years to complete. This chart was the earliest printed sea chart of New England and New Netherland, which included an accurately positioned Boston. However, in the New York area, Dudley’s chart shows the inaccuracies characteristic of the earliest mapping of the area: Manhattan in a triangular shape and Long Island as an archipelago. An interesting feature on the chart not found on Dutch maps of the period is the use of “R:Hudson” for the river. The Dutch avoided this appellation fearing it would support English claims to the area. (Although Hudson was English, he in fact sailed under Dutch sponsorship). The framing is done to conservation standards with a silk mat and carved black and gold frame. 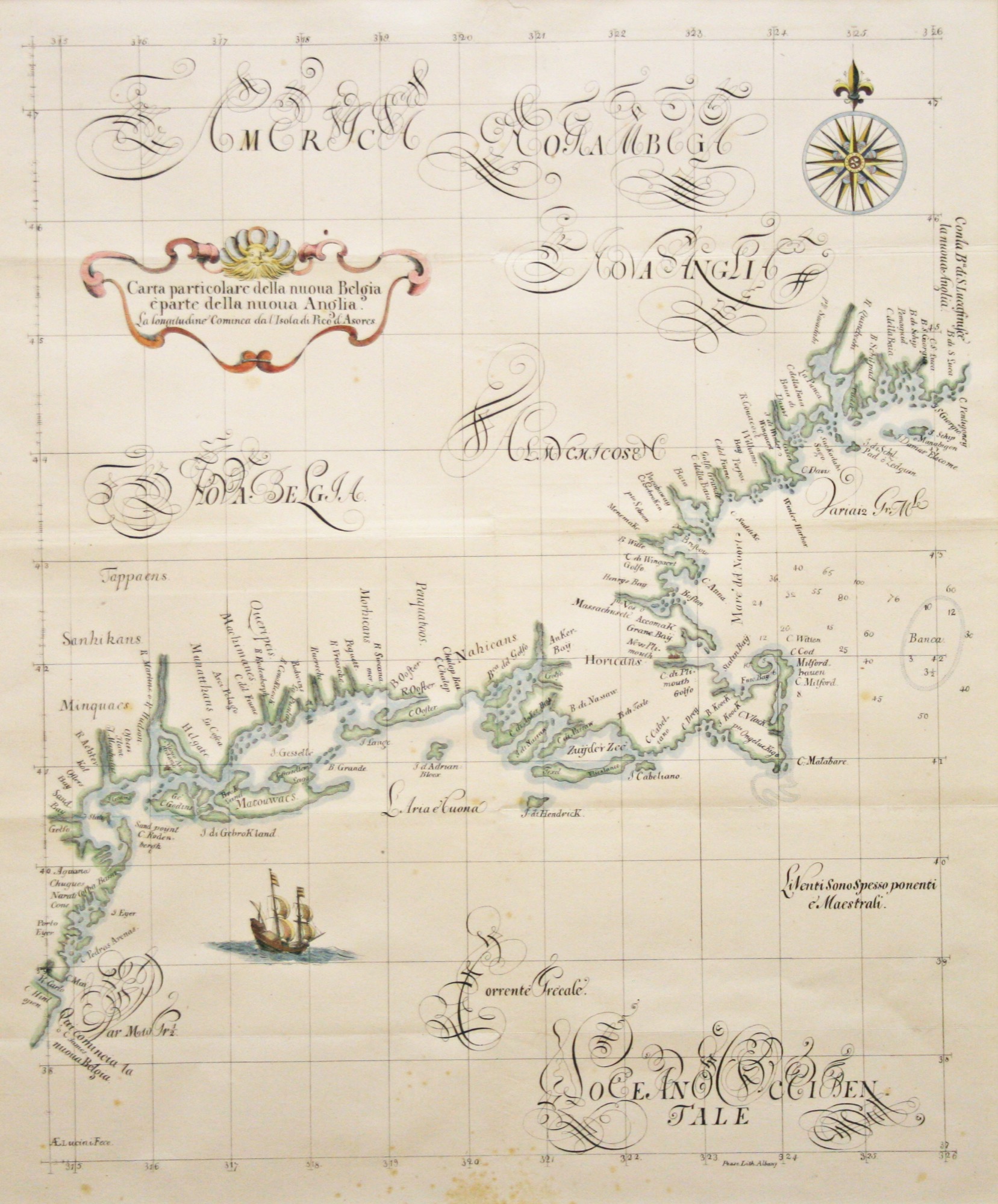