Curtis Hanson is one of the foremost painters who can truly capture the imagery of New England. His deep love of nature and New England landscapes has led him to create breathtaking artwork. It’s these paintings that are highly sought after by art collectors from around the world.

Curtis Hanson is a painter known for regional landscape painting in Connecticut and also in Asia, especially Thailand. He says of these seemingly disparate subjects: “I paint lily ponds here, I paint lotus ponds there. It’s just my work.”

Hanson’s love of the sacred landscape leads him on painting sojourns. Annually, he travels to Thailand where he revels in the magnificent beauty of Southeast Asia, and he is especially focused on the northeastern agricultural landscape in an area called Esan.

Curtis began his journey as an artist at Fort Wright College in Washington State. He studied under Charles Palmer and Stan Traft, laying a foundation for his life’s work inside the classroom and outdoors on the many fishing expeditions the three would take.

His path would take him to New York City where he would inhale the essences of the Barbizon School paintings and find shelter in the work of George Inness. From New York, he moved to Boston where he studied for three years in the atelier of Ives Gammell. Gammell had trained with William Paxton, who like the other Boston painters of Paxton’s time, studied in Paris when both academic and impressionist painting styles were at their height.

In 1979, Curt settled in Northwestern Connecticut, where he continues to pursue an ever deepening relationship with art and nature. Having chosen a scene to paint, he makes pencil or oil sketches out-of-doors in direct contact with nature. He may finish the work there or in his studio, painting for the most part “alla prima” or without a detailed drawing. His original choice of position determines most of the compositional structure of the paintings, and he does relatively little manipulation of the landscape’s elements.

With the canvas as his loom, Curt weaves the strands of his experience into vibrant harmony. The pure vision of childhood, the traditional training of his early adulthood, and his deep reverence for the present moment, all of these enliven the fabric of his painting. Above all, Hanson’s work overflows with the artist’s sense of connection, not just to the landscape in focus, but to the entire natural world. It is as if he has inspired each brush stroke with his own breath.

Curtis Hanson is one of the foremost painters who can truly capture the imagery of New England. His deep love of nature and New England landscapes has led him to create breathtaking artwork. It’s these paintings that are highly sought after by art collectors from around the world.

Sadly, Curtis Hanson passed away on October 13, 2017 at his home in Connecticut. 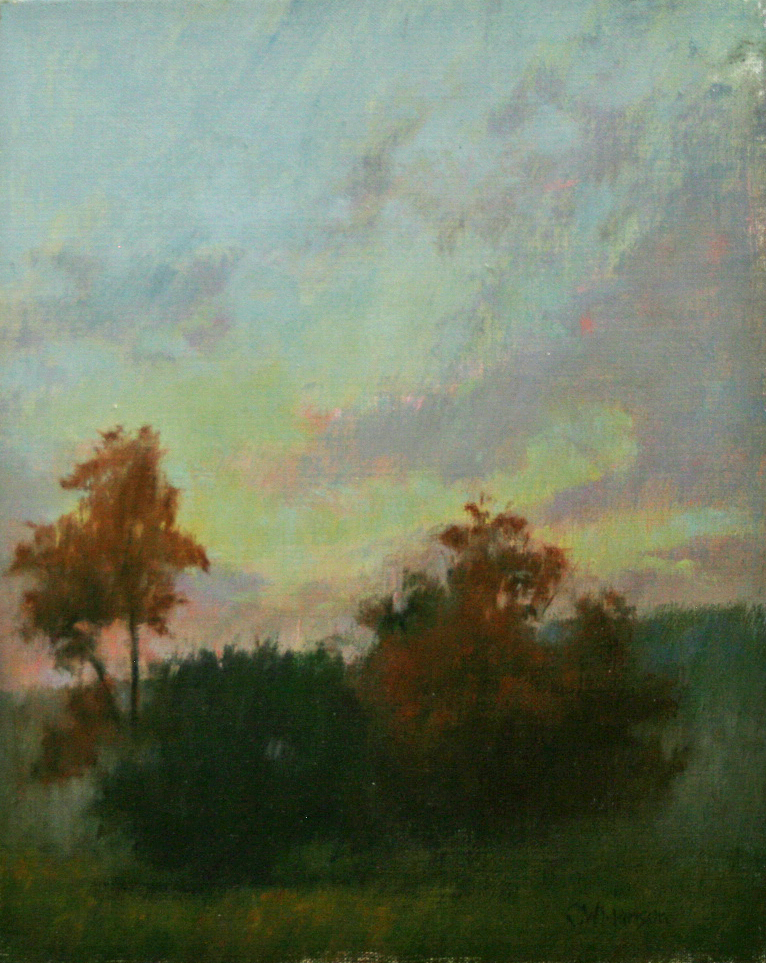 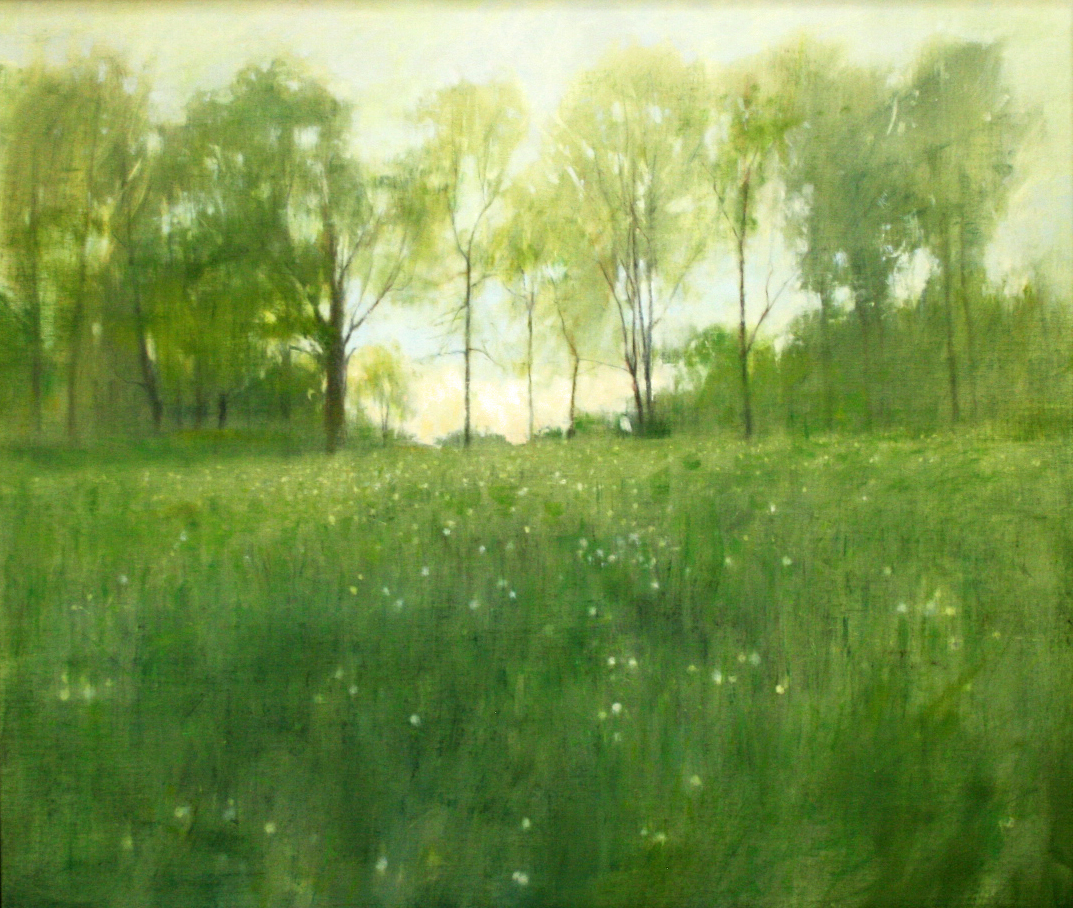 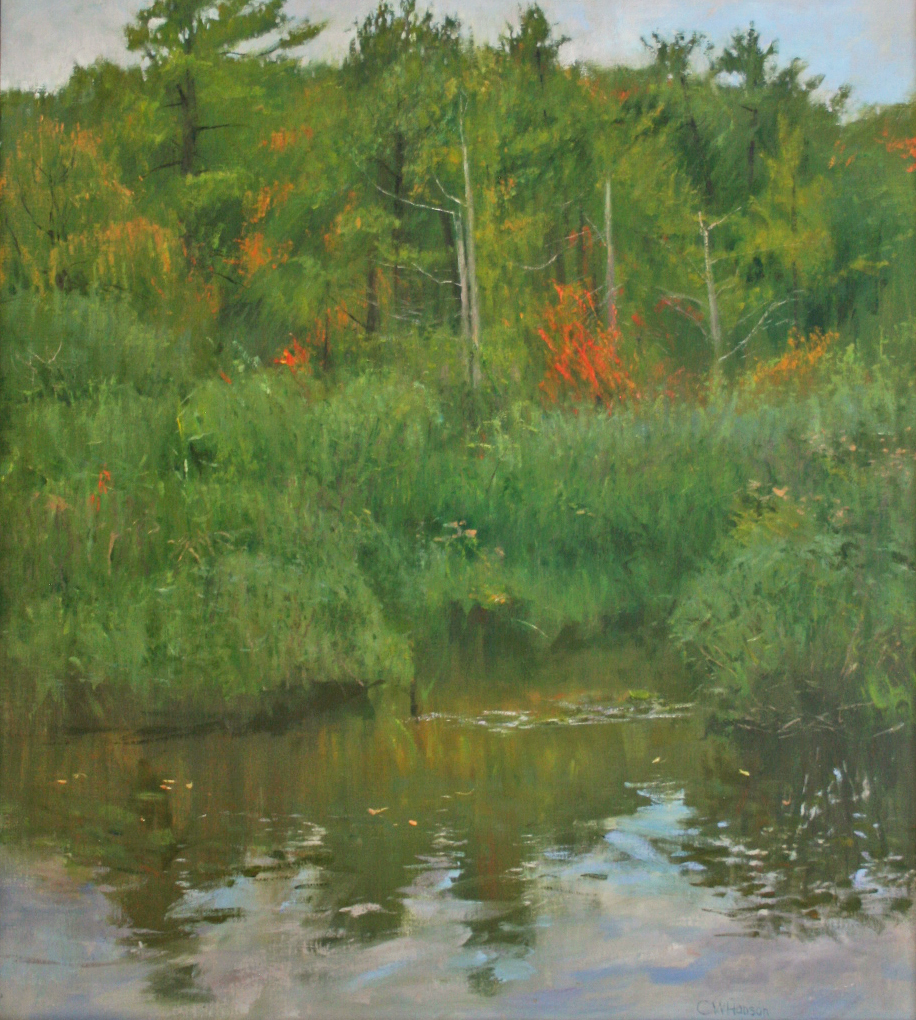 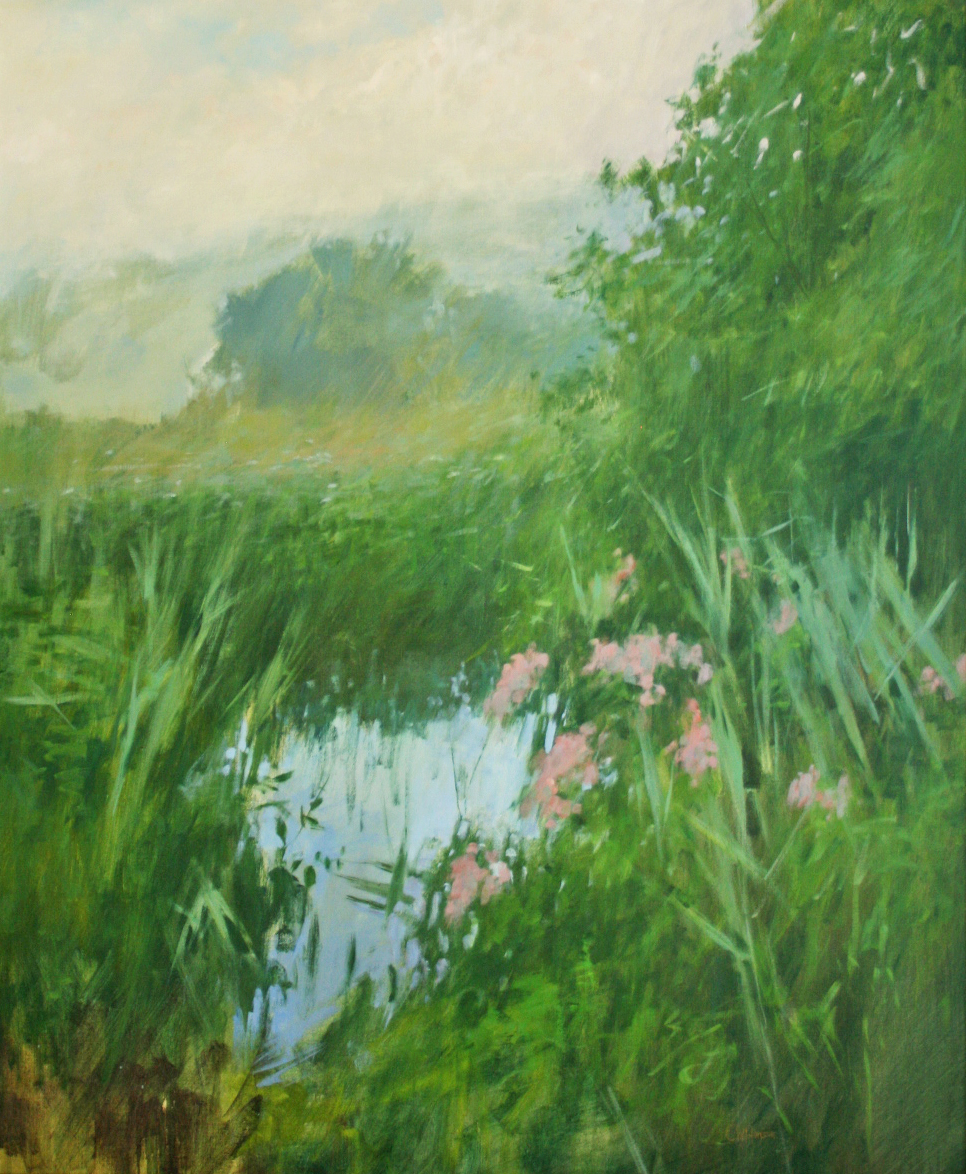 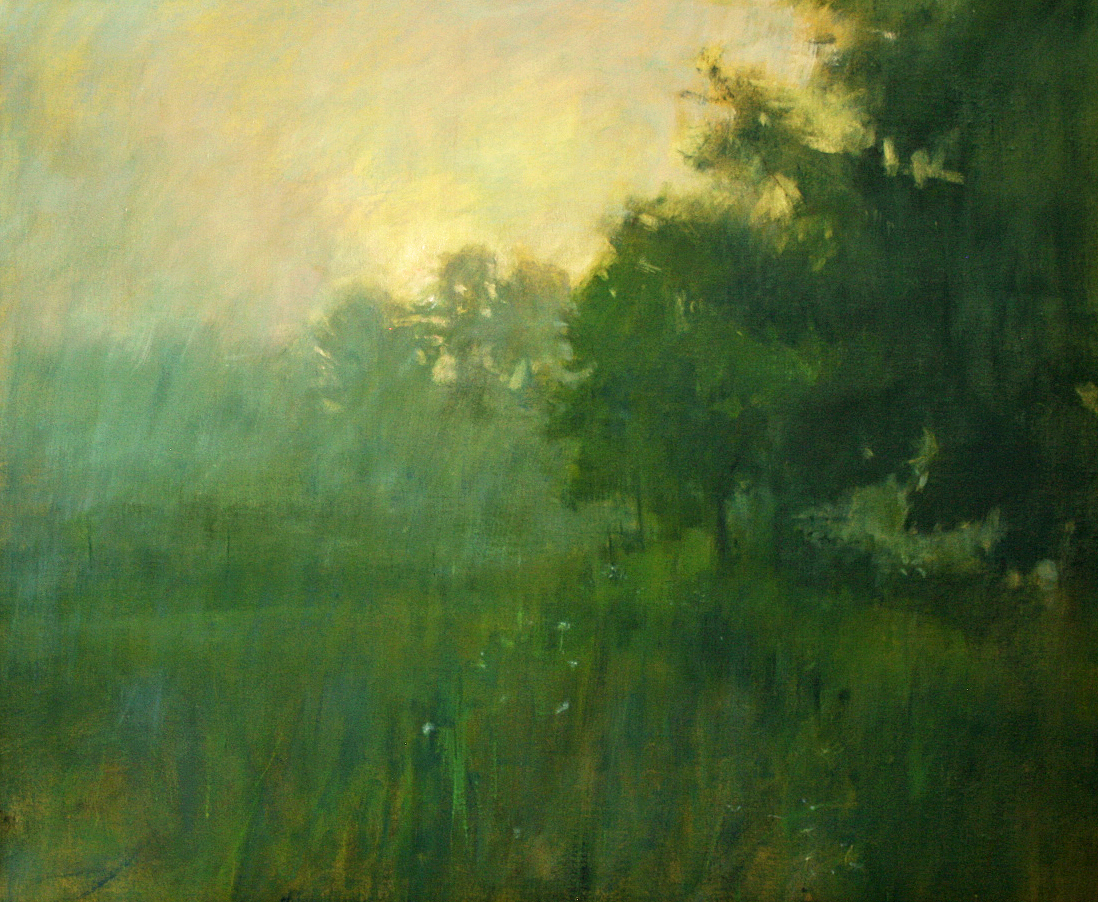 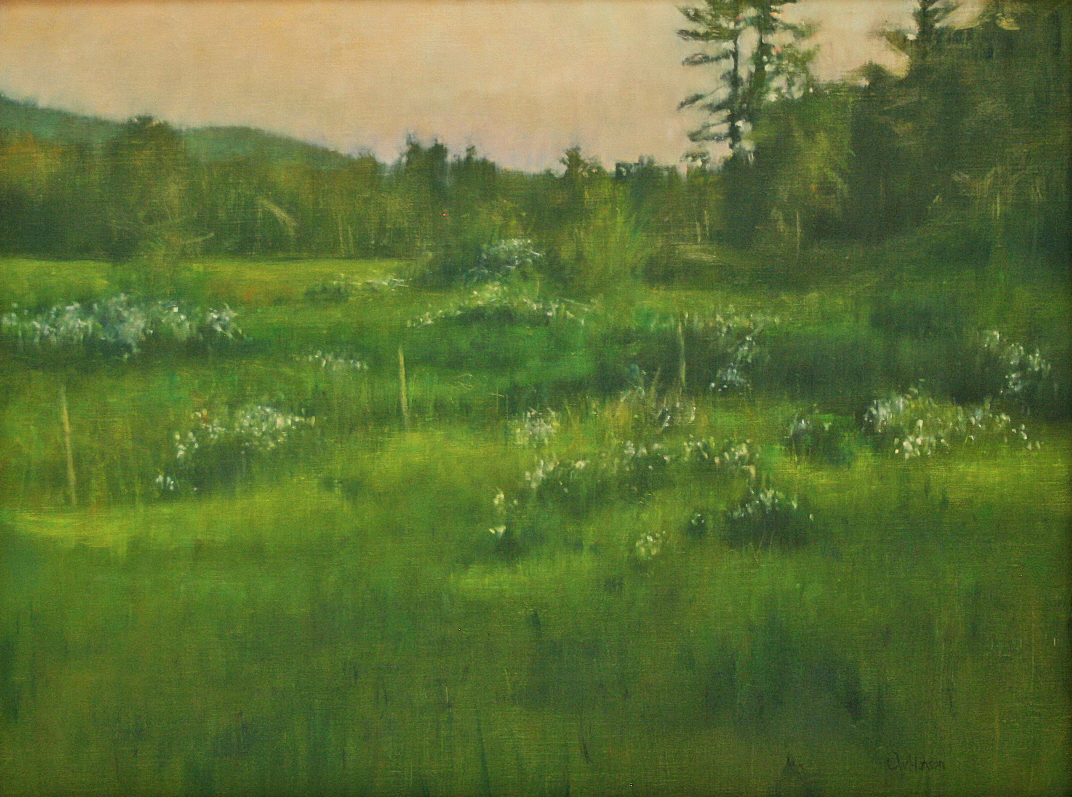 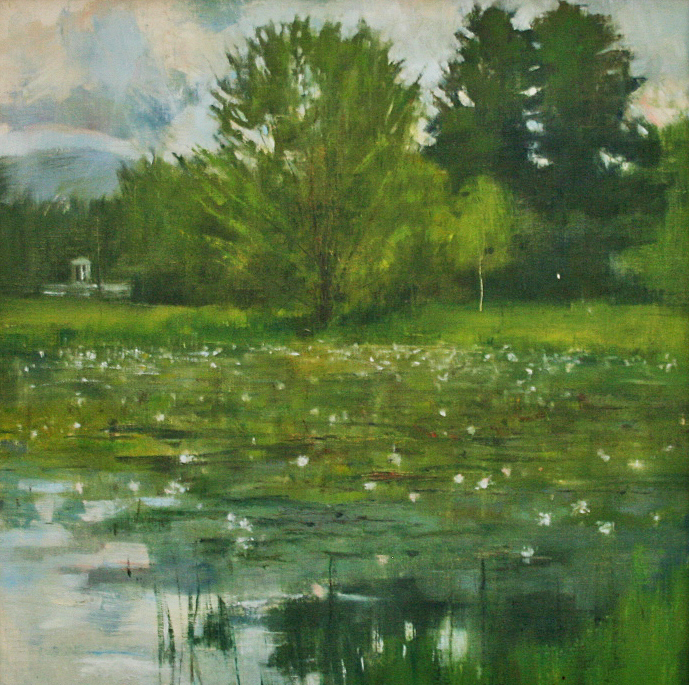 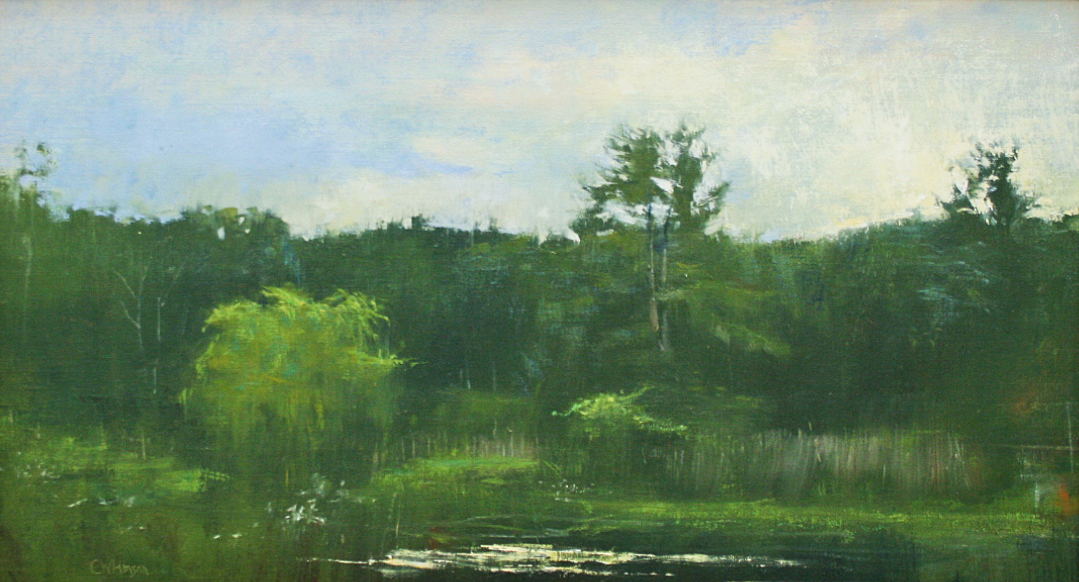