This map of the New Netherlands, as surveyed in 1656 by Adriaen van der Donck (1620-1655), was published in D. T. Valentine’s Manual in 1841. This wonderful and interesting map covers the 17th century colonial province of the five United Netherlands that were located on the east coast of North America. The map extends from what is today Cape May in New Jersey northward to present day Albany. Several Dutch colonies and settlements are labeled throughout. The Manhattans appear as a series of tiny islands near the colony of Nieuw Amsterdam. Along the bottom border is a beautiful illustration depicting ‘Nieuw Amsterdam opt Eylant Manhattans’ where the topography is rendered in profile. The framing is done to conservation standards with a museum mat and black and gold beaded frame. 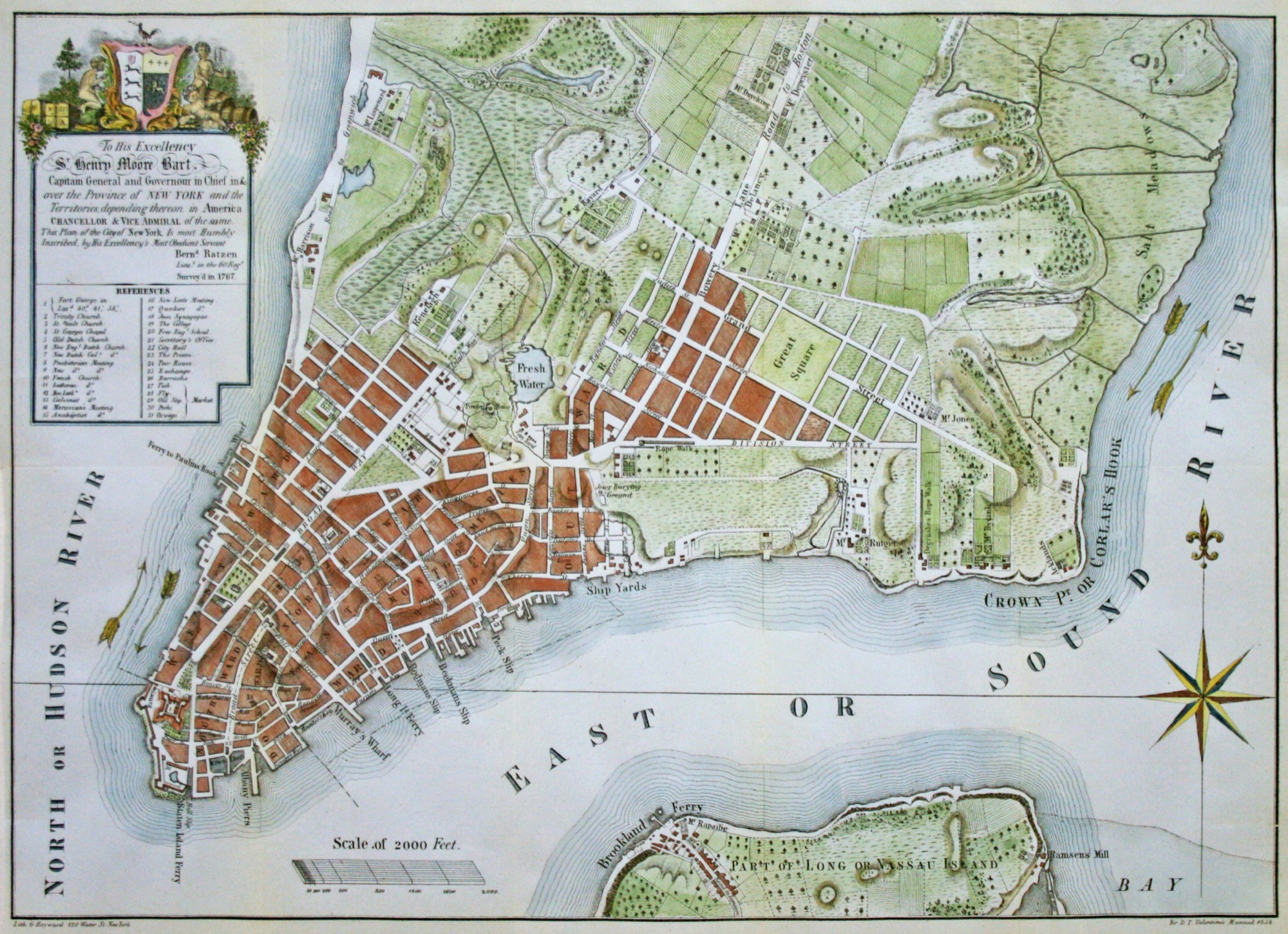 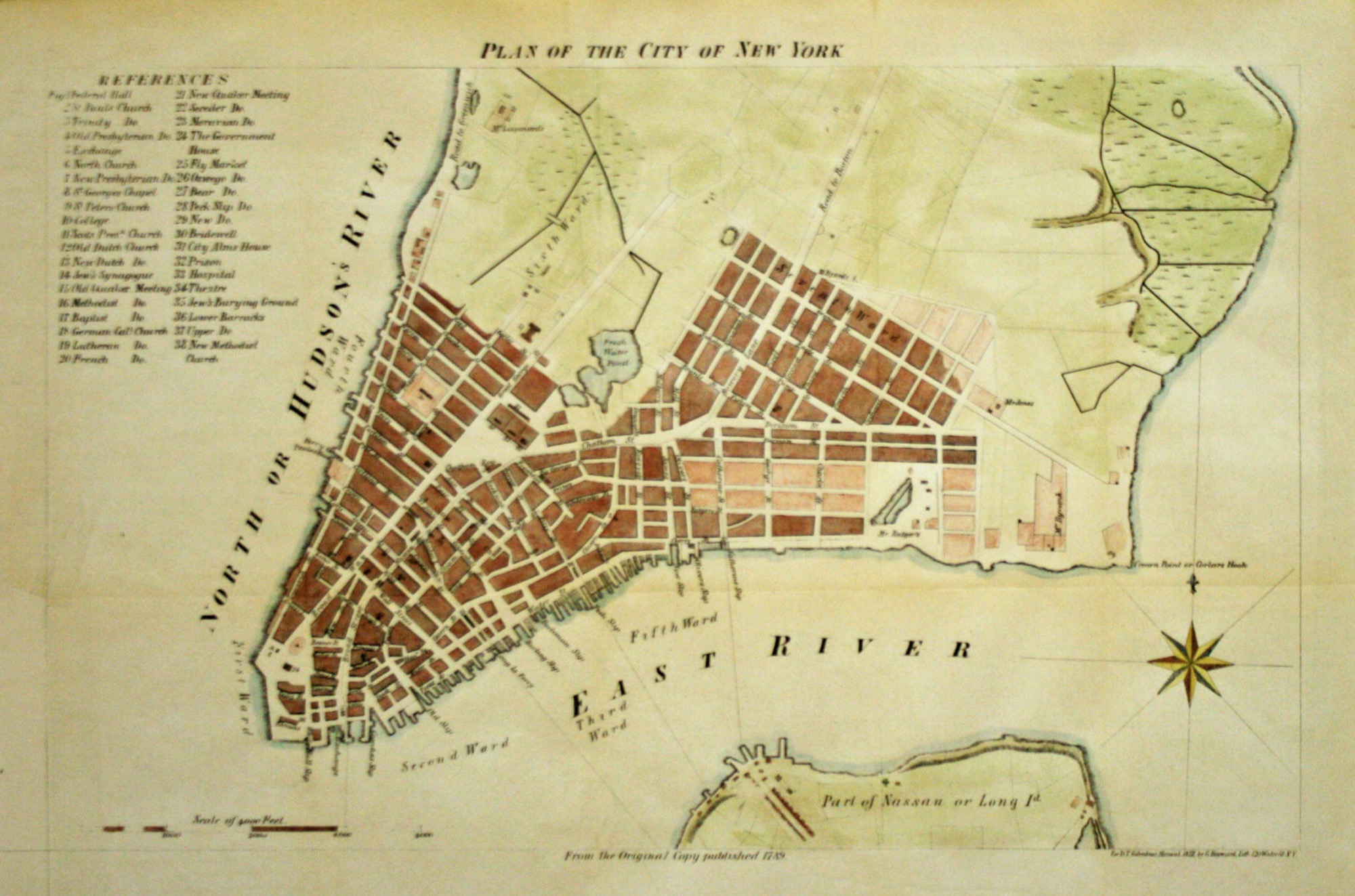