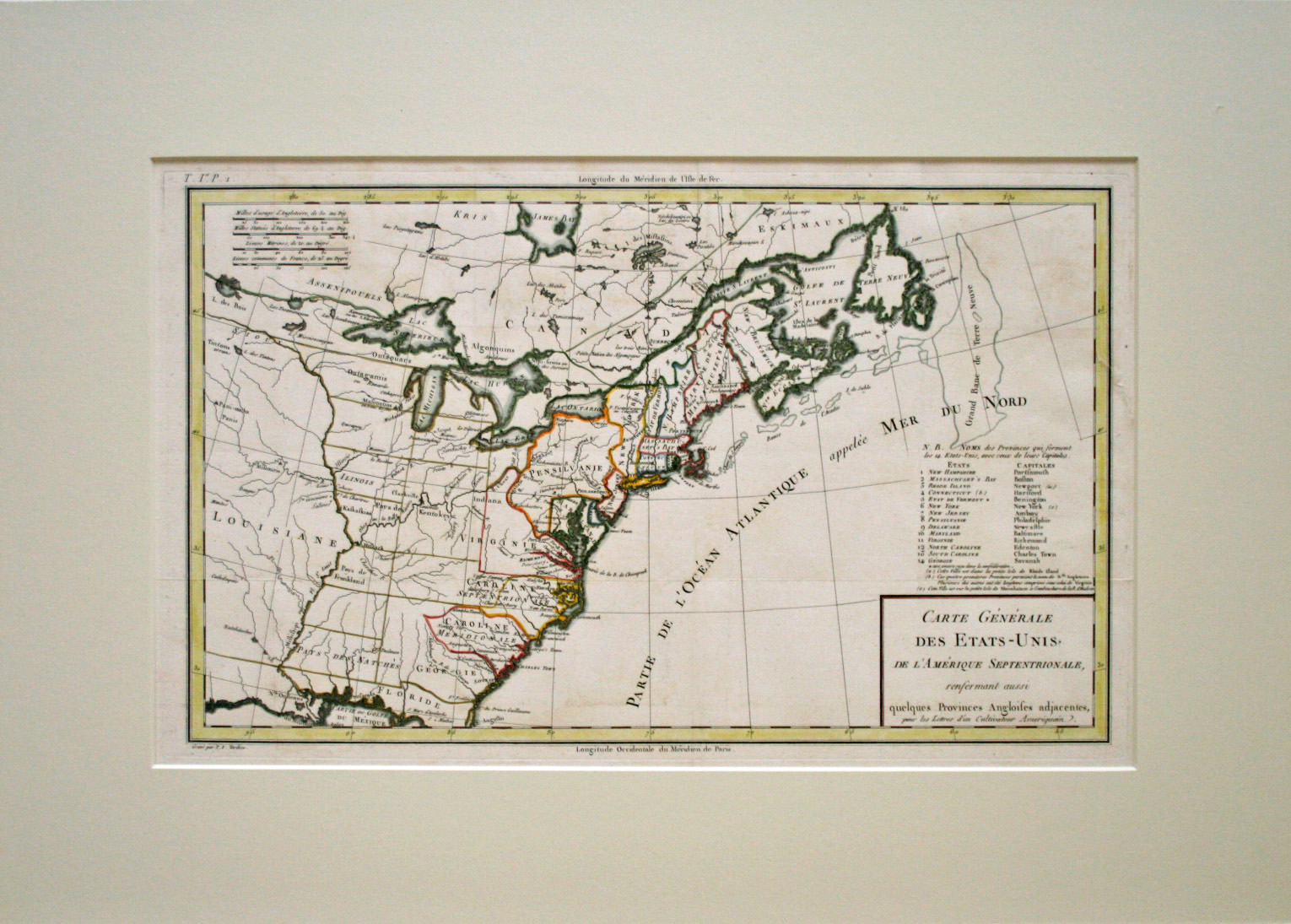 This is an uncommon map of the early United States was engraved by Pierre Francois Tardieu and was the first printed map to name Frankland. Also known as Franklinia, it is shown here just west of the border of North Carolina, named Pays de Frankland. In 1785, settlers in western North Carolina and what would become eastern Tennessee organized a state government to be named in honor of Benjamin Franklin. Congress turned down their appeal but the state maintained a legislature and governor until 1788. This short lived state appears on only a small number of maps. The 14th state of Vermont is named and noted in the key at right, with a notation in French that it was ‘not yet accepted in the confederation’. Virginia is shown in a strange configuration and there is a square-shaped region denoted as Pays de Kentnkey. This map published by Michel Guillaume De Crevecoeur, a French-born surveyor, who settled in New York where he produced his classic collection of twelve essays that reflected on the nature of American life, particularly its customs and manners. His description of bountiful American lands spurred many French people to immigrate to America. This map is tinted and in good condition. 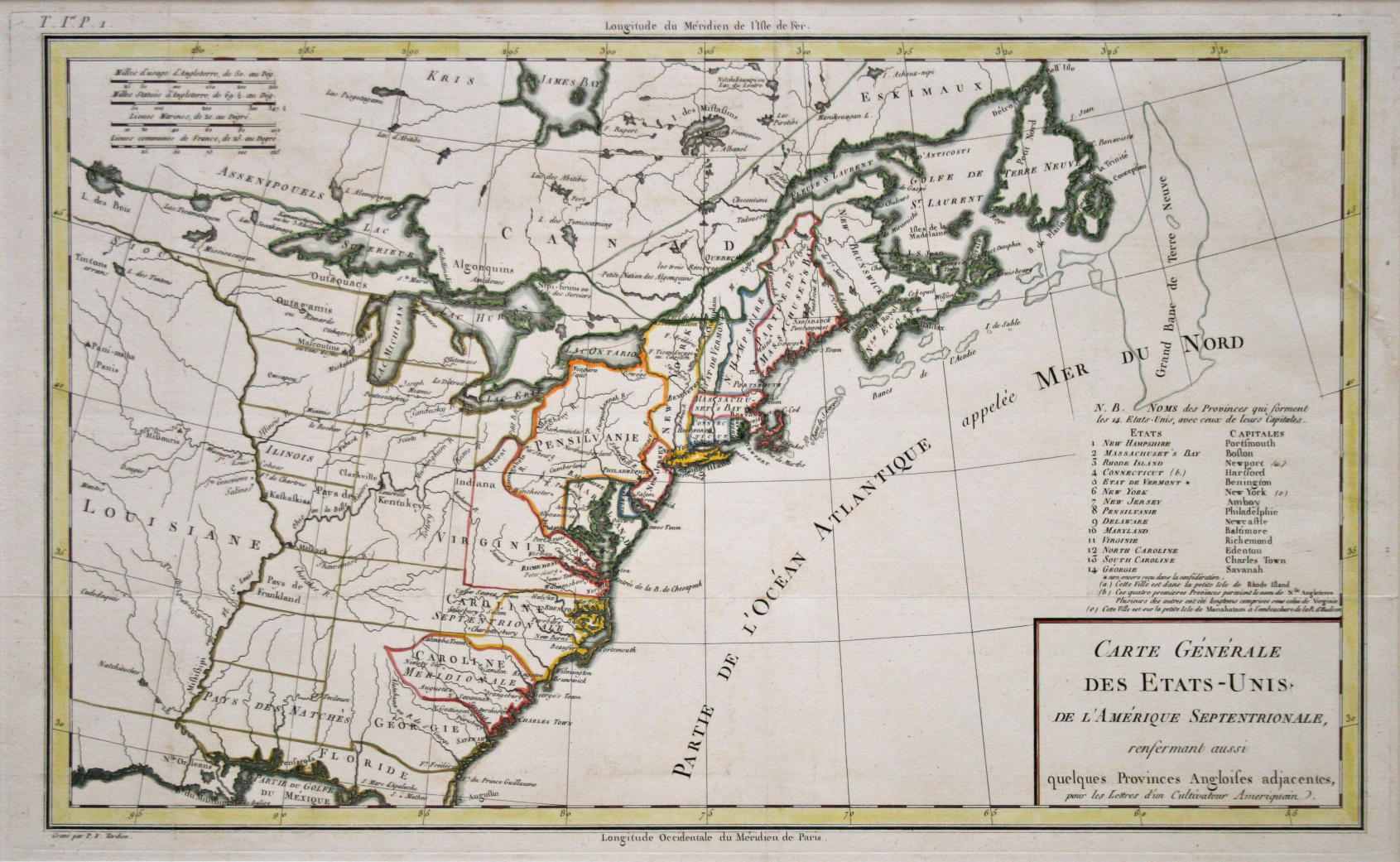