This original nautical map of Canapitsit Channel, dated 1893, was executed by the Corp of Engineers. This group of Army engineering officers was first appointed during the American Revolution by George Washington and then became a separate permanent branch of the Army in 1802. They constructed lighthouses, help develop jetties and piers for harbors and mapped channels for navigational purposes. This map shows the progress of a dredging project in between Cuttyhunk and Nashawena Islands. The map also includes a beautiful regional inset of Buzzard’s and Narragansett Bay, as well as, the island of Martha’s Vineyard and the towns of Wareham, New Bedford, Westport, Fall River and Newport, Rhode Island. This map is tinted and in good condition. The framing is done to conservation standards with an attractive burl wood frame. 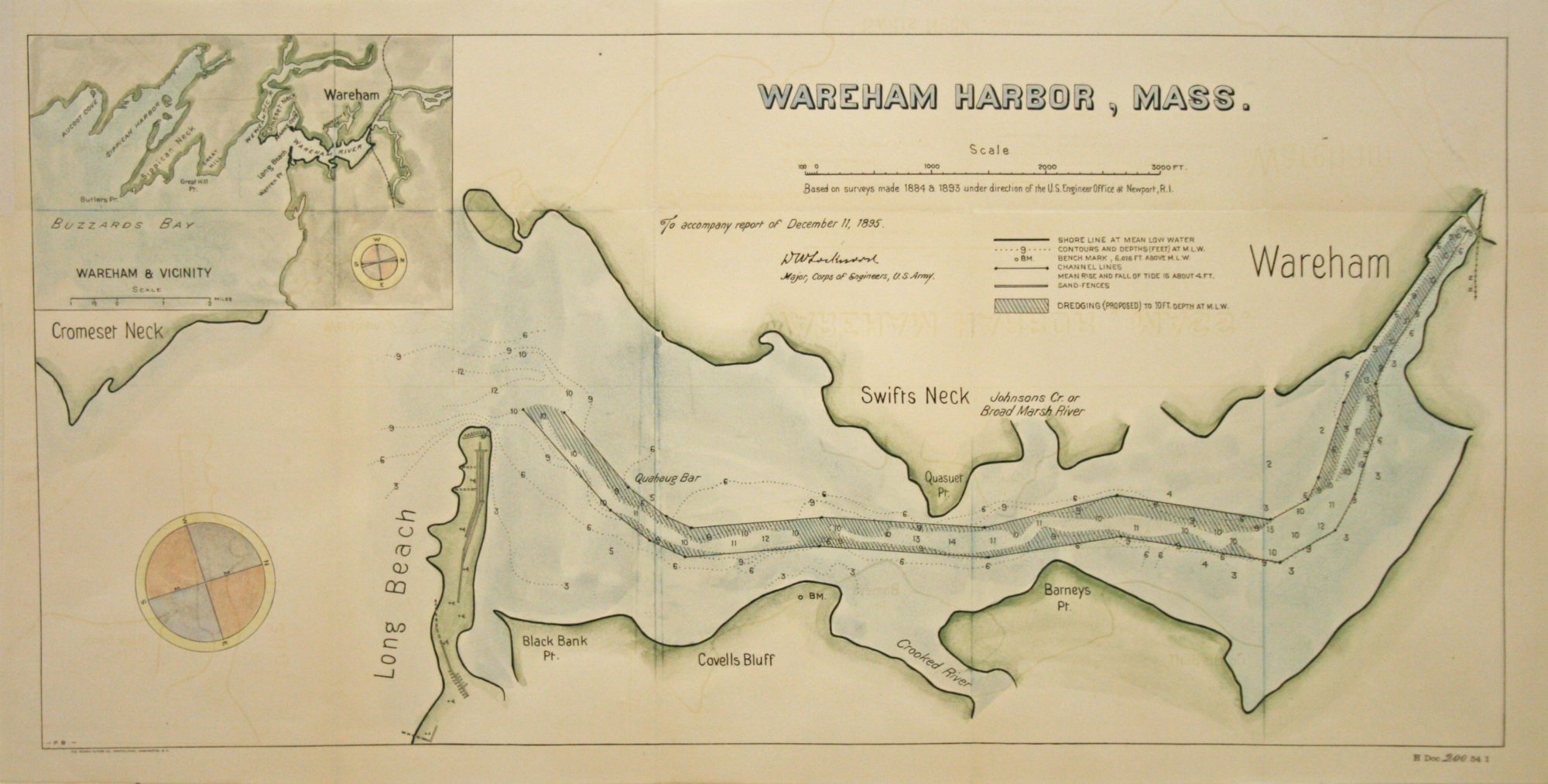 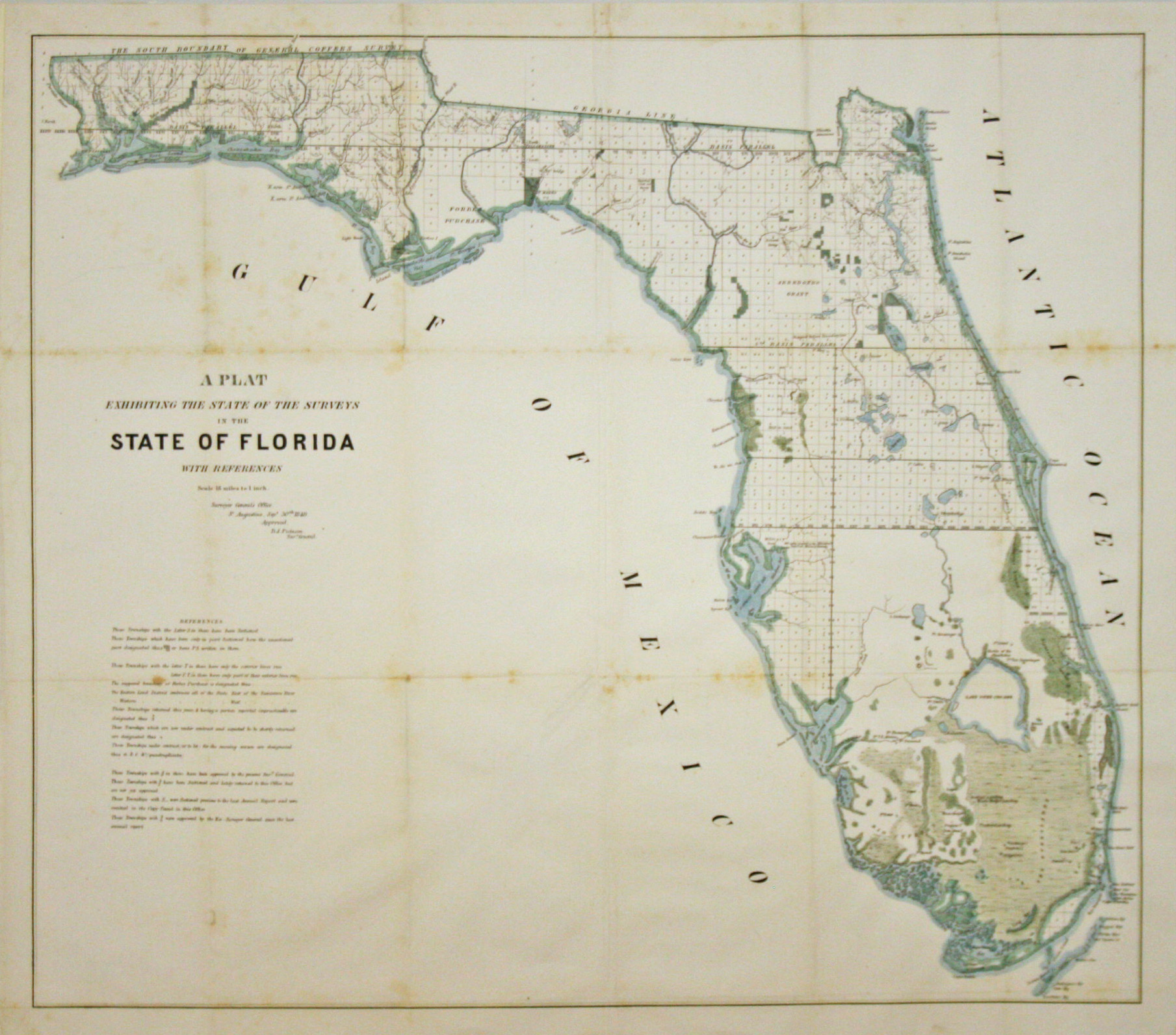 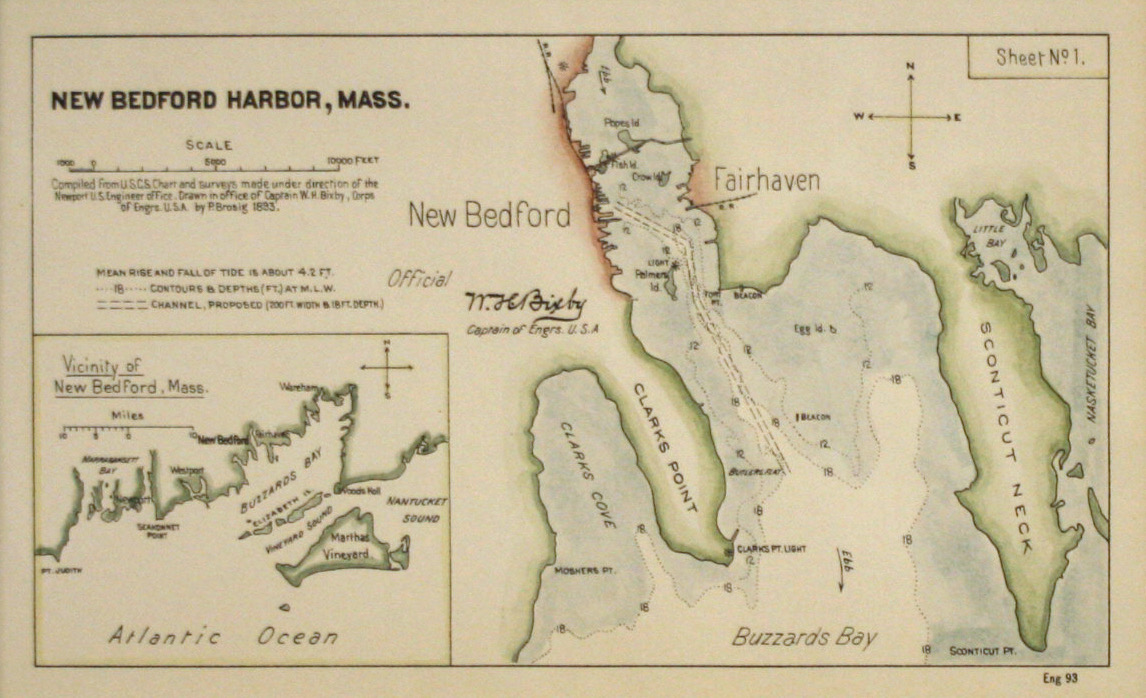 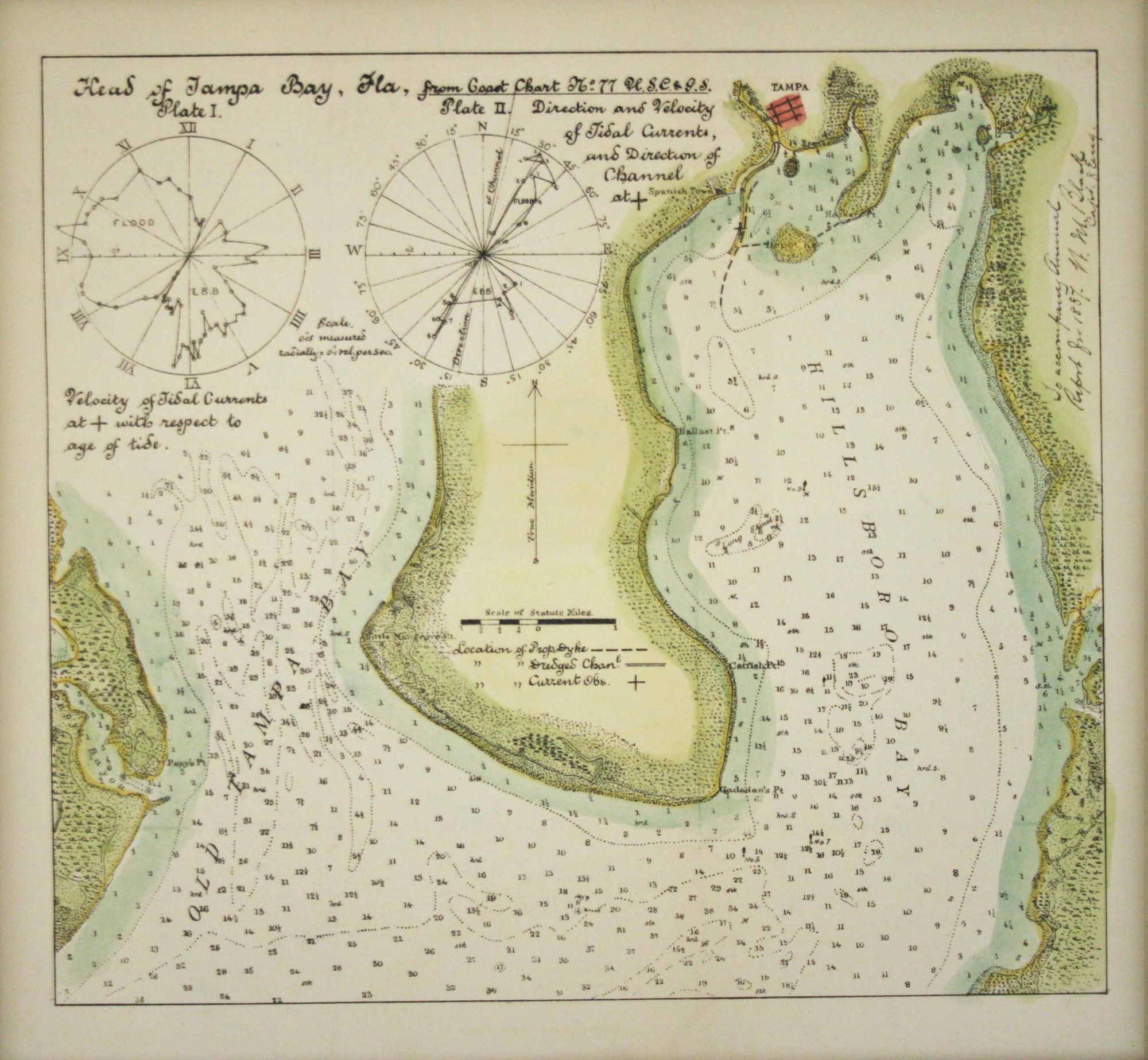 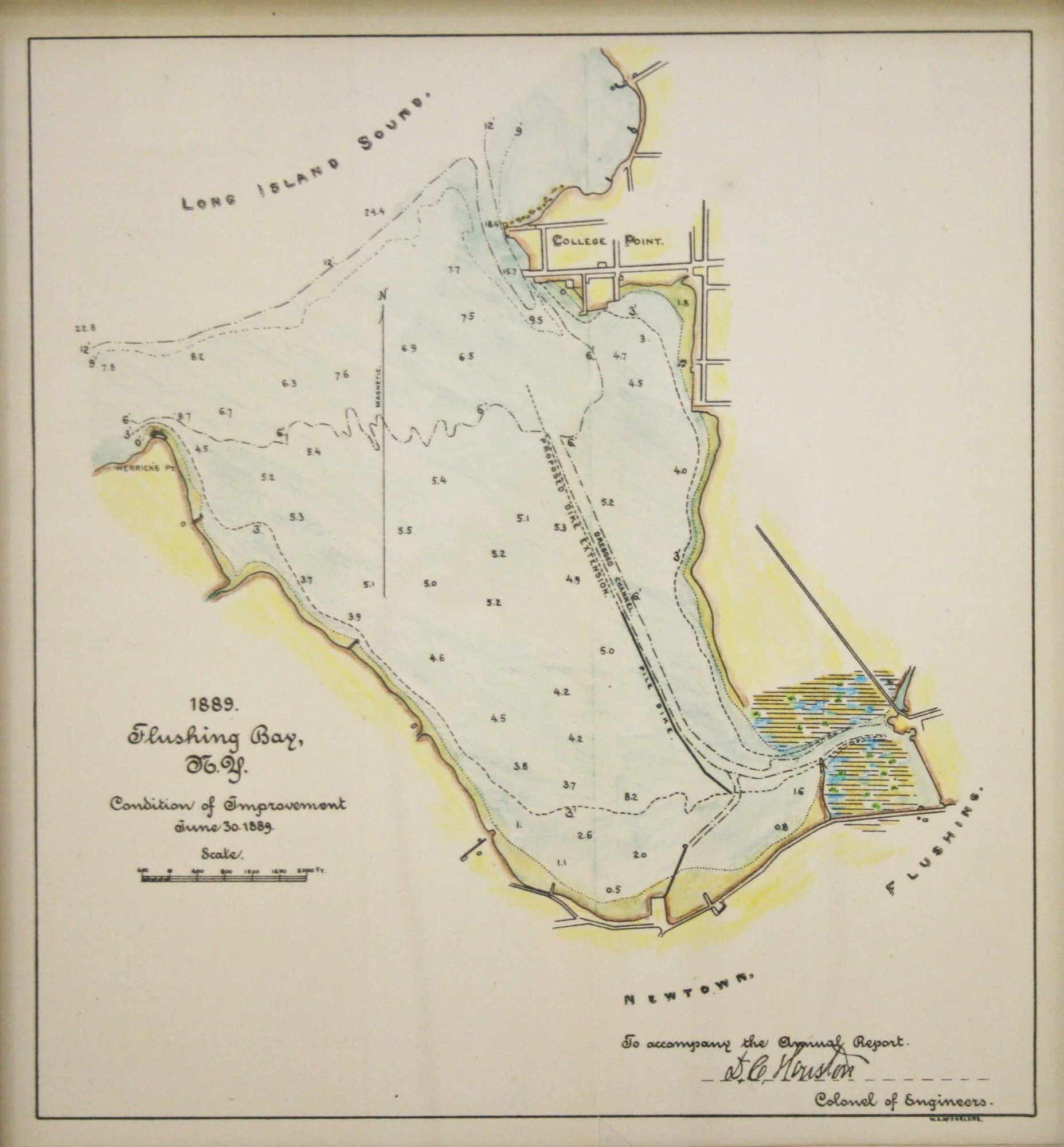 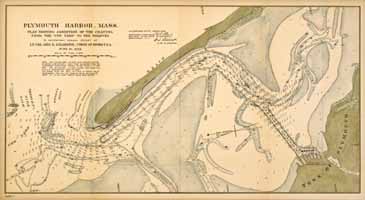