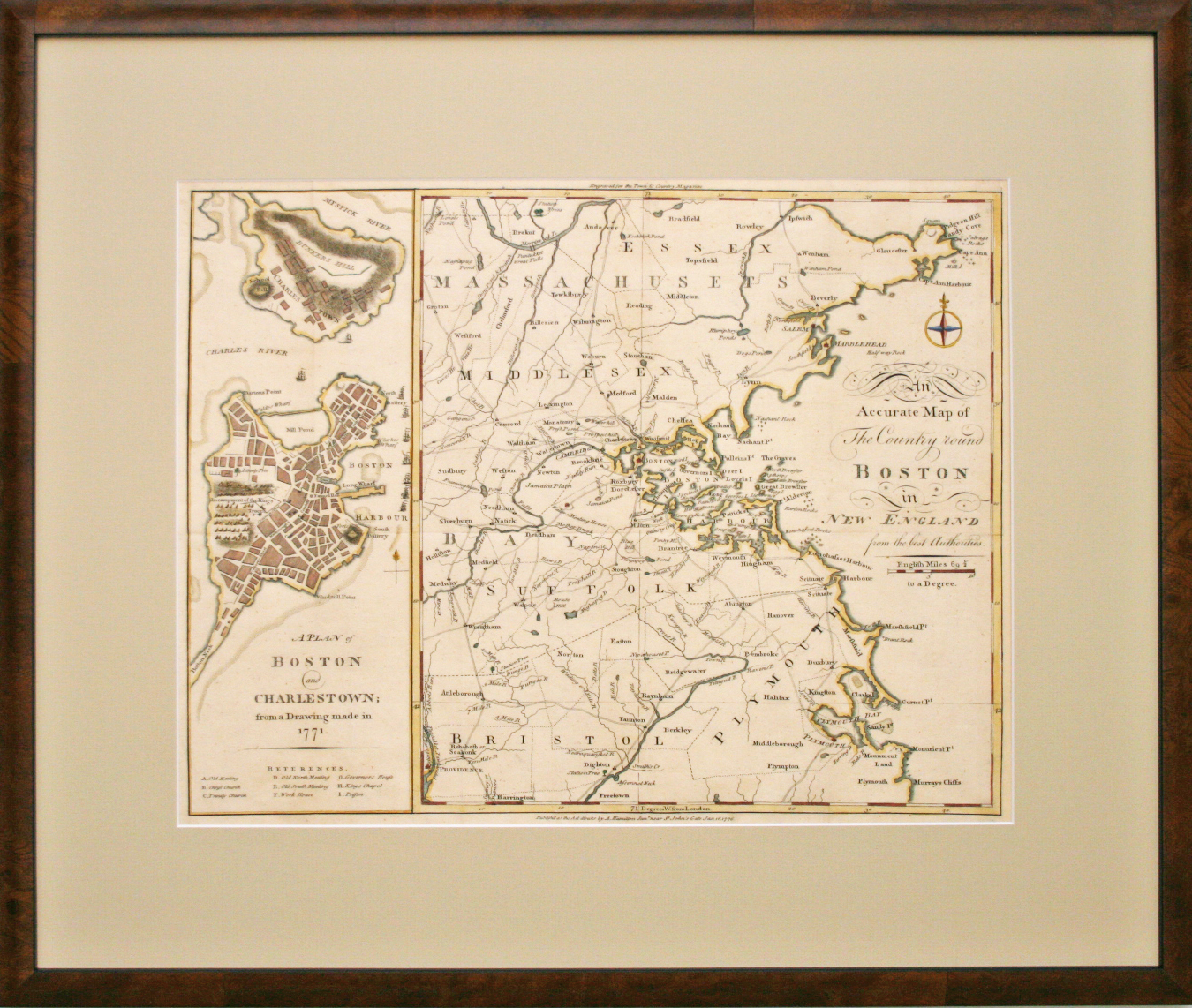 This original map titled An Accurate Map of the Country Round Boston in New England from the Best Authorities, dated 1776, is by Unknown. It’s a very uncommon Revolutionary War map made for the January 16th, 1776 edition of Town & Country Magazine, with two maps on one sheet. The map on the left was based on a 1771 drawing of the city just after the Boston Massacre of 1770, and shows Boston and Charlestown with the major streets and buildings named, including Faneuil Hall. An encampment of Redcoats are shown right next to a small depiction of the Liberty Tree. The Liberty Tree was an elm tree located at about Washington and Essex streets and used as a meeting place by the Sons of Liberty, who formed after the Stamp Act of 1765. The tree was attacked by British Loyalists in 1775 and burned, but remained a popular symbol, encouraging other colonialists to erect Liberty poles, hung with flags depicting the Liberty Tree. After the massacre, all British soldiers were moved out to a fort on Castle Island to avoid additional unrest.

The second map shows the surrounding countryside from Ipswich, Gloucester and Cape Ann down to Plymouth, and as far west as Providence and Groton. A scarce and fascinating map published at the birth of the United States. The map is in excellent condition and the framing is done to conservation standards with an attractive burl frame. 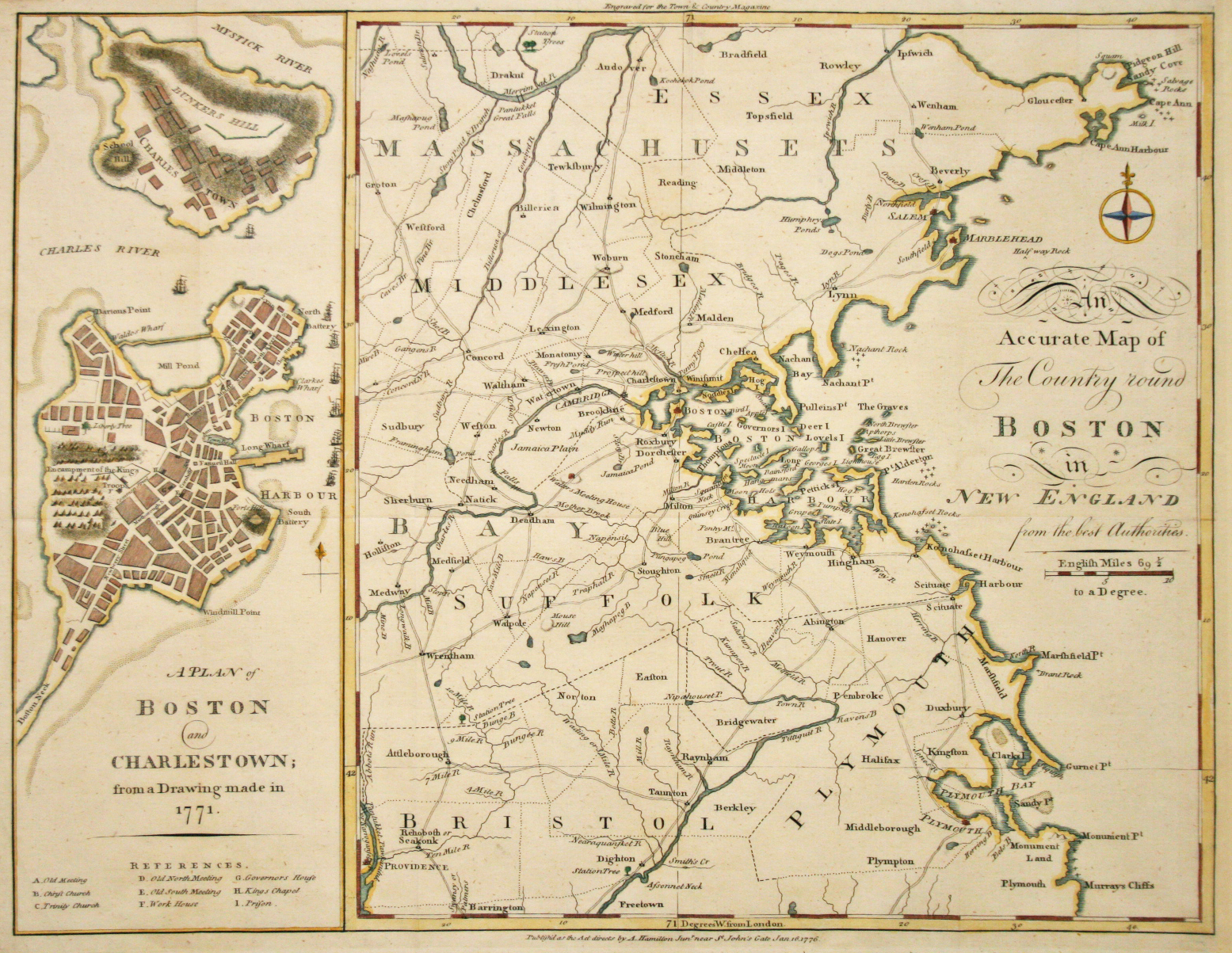 An Accurate Map of the Country Round Boston 1776